Instead of directly containing images, NextGEN albums hold galleries or other albums. Show them with Justified Image Grid but continue to use NextGEN's interface to manage them and their contents. Below you can observe JIG vs. native NextGEN and compare their looks and how they work. Note the very useful breadcrumbs - the small navigation above the grid - which comes bundled with the plugin, and how well JIG utilizes the space that is given to it. Feel free to drill down into this multi-level hierarchy: album » album » gallery. See about 700 images neatly organized here. Once you reach the thumbnails you can see that they show title, description and tags of any photo.

The above example uses the following, generated shortcode (how to use):

The same thing shown with the original NextGEN

They use the same URL structure and conventions as original NextGEN, that's why you can see them in parallel.

What can be displayed on the thumbnails?

How does the integration work?

I like that breadcrumbs thing, what's the deal with that? 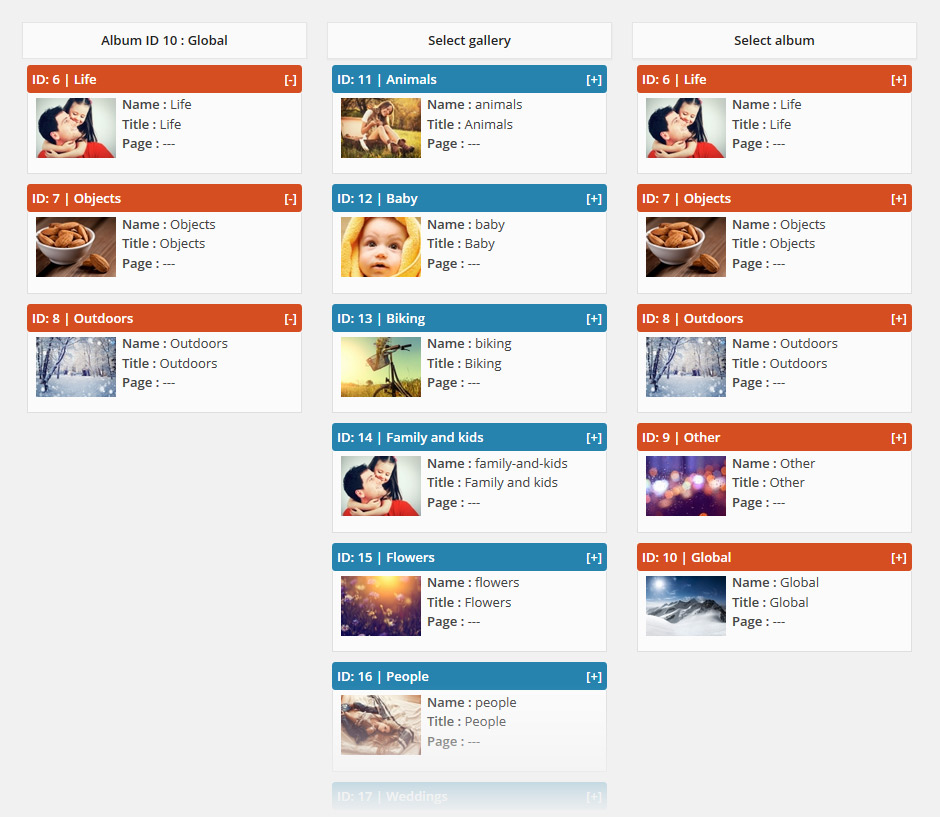